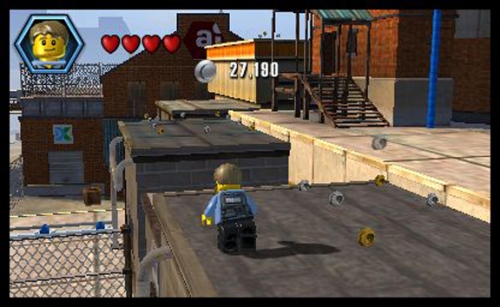 The game most comparable to LEGO City Undercover: The Chase Begins (the 3DS prequel to the Wii U’s LEGO City Undercover) is probably Grand Theft Auto: Liberty City Stories on the PSP. Both offer portable takes on their more fully featured console brother. Both offer open-world experiences that had, up until that point, been unattempted on their respective handhelds. Both offer an approximation of the full experience that check all the boxes. You know, like the Guitar Hero game on the DS. It’s just like playing a fun game.

Technically, on paper, both The Chase Begins and Liberty City Stories should be perfect handheld versions of these huge, expansive, incredible console games. But both fall short, and miss out on the “magic” that made the home versions so memorable. Simply, if you had only played the 3DS version of LEGO City Undercover, I don’t think you’d really “get” what makes the Wii U game one of my favorite games of all time. And even though they’re technically different games (in the most literal sense of the word) and follow undercover cop Chase McCain through an earlier part of his police career, they’re set in the same world and you’ll do many (read: all) of the same things. But it’s just… not quite as fun. And that’s without even mentioning up the pop-in, the fog, or the lack of a turbo button and things to discover on bridges. END_OF_DOCUMENT_TOKEN_TO_BE_REPLACED 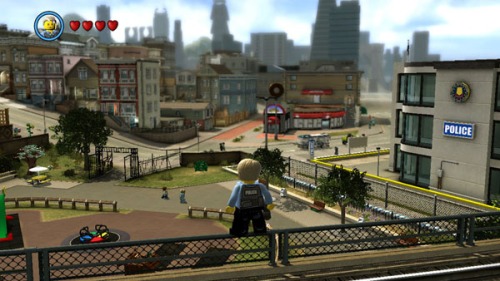 While reading a pile of BioShock Infinite reviews so I, in turn, could review them, I realized something: once you get past the intro, so many reviews devolve into saying the same thing about a particular game in a slightly different way. It’s the introductions where the writing shines most clearly, because – underneath it all – aren’t we game writers just trying to hook you, to get you to keep reading, to make you come back and read more again soon? I know I am. I should probably update more than twice a month. That might help.

To make it up to you, here’s something unique: a LEGO City Undercover review in the form of three different review intros, all taking a different approach to telling you that you should go buy this game immediately. Maybe I just couldn’t figure out a middle or an end and just kept coming up with beginnings. You’ll never know. Enjoy. END_OF_DOCUMENT_TOKEN_TO_BE_REPLACED

Tagged as LEGO, Nintendo, Wii U