How to Keep From Becoming an Accidental Video Game Pirate

It’s time we all learn about the illegal stuff we do! This’ll be more fun than the time that 12-year-old girl got fined a bunch of money by the RIAA for using Kazaa… even though her mom paid for the program.

First, some background on the story blowing up my little corner of the internet today. Forbes contributor Erik Kain wrote about a “new” Super Nintendo game (since edited) set to be released by the end of the year, including a box, manual, cartridge, the works. I put “new” in quotation marks because, while Nightmare Busters has never been released in cartridge form before, lots of people have been playing an emulated underground version of it for years. This physical version is brought to you by the original copyright holders, however! END_OF_DOCUMENT_TOKEN_TO_BE_REPLACED

Nintendo Direct: Their Body Is (Not) Ready

A few things went through my mind during Nintendo Direct’s Wii U livestream this morning. Not a lot of them were great. The underlying theme of the presentation, however, seemed to be something put into words by Iwata himself: “not ready yet.”

We’d like to show you Bayonetta 2, but we’re not ready yet.

We’d like to show you our new 3D Mario game, but we’re not ready yet.

We’d like to release the Wii’s entire Virtual Console library on the Wii U, but we’re not ready yet.

We’d like to ship a game before March, but we’re not ready yet.

But you know what, Nintendo? We’ve been waiting for years. We are ready. If you don’t cater to your fanbase in a timely manner, they will get bored and find something else to do.

END_OF_DOCUMENT_TOKEN_TO_BE_REPLACED

When the original Devil May Cry hit the PS2, it immediately drew me in. From the company that basically invented the Survival Horror genre with the PS1’s Resident Evil series, here was this new thing where you were no longer the hunted, but the hunter. You weren’t afraid of the creatures of the night while you struggled to find even a handful of bullets to fight off the approaching demon hordes – you had unlimited ammo and you killed them in some of the coolest ways anything up to that point had ever been killed in a video game. Slash a demon into the air then keep him up there with a barrage of bullets from your dual pistols before he explodes? Yes, please.

Flash forward a decade. The series hasn’t had a game that fans could be proud of in this current seven-year-old console generation. It was time to shake things up. So Capcom handed the reins over to Ninja Theory, creators of the under-appreciated cult classic Enslaved: Odyssey to the West. The first thing they did was give Dante black hair, instantly drawing enmity from that vocal minority scared of change (check the MetaCritic bombing of the user score if you want to see whether they’re still mad about it). But you know what? Screw the haters. The change-up of DmC: Devil May Cry is exactly the booster shot this lagging series needed. END_OF_DOCUMENT_TOKEN_TO_BE_REPLACED

Did You Know…? Wii U Edition [Updated] 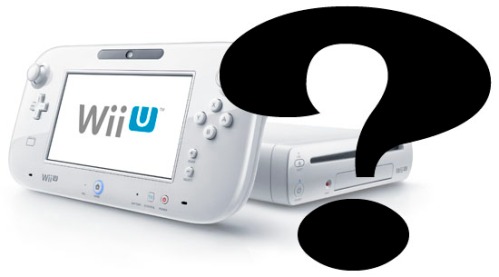 [Update: I added a few more things to the end of the list that I thought about after this was originally posted. This thing has a lot of quirks.]

When I first got my 3DS, my lack of research into some of its finer points left me occasionally dumbfounded at some of the decisions Nintendo had made regarding its design. Well now I have a Wii U. And guess what??? Nintendo has done it again. There are some things about the Wii U which, design-wise, I will never understand. 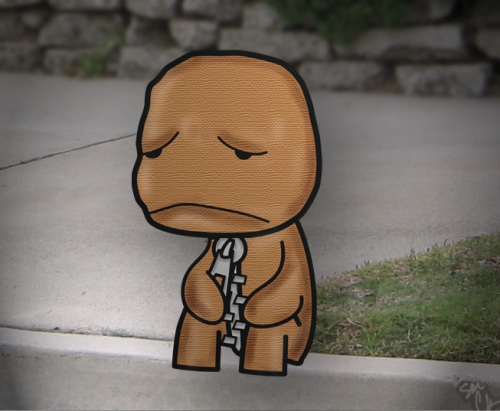 My grandmother died on New Year’s Day. So just one week after I made the 1,500 mile trip from San Francisco to northern Minnesota for Christmas, I was back for the funeral. It was yesterday.

The trip was familiar. Same airports (SFO, MSP, and DLH), same airline (Delta), same in-flight snack (cookies), same gate (C20), same fast food restaurant that I neglected to eat at (Chik-fil-a). Same. Same. Same. Only the reason for the trip was different. There were no Christmas presents to look forward to this time.

I made sure to come back for Christmas because Grandma had been in rough health for years, and her steady decline made it pretty obvious that this would be her last holiday season. I knew when I left a week ago that I probably wouldn’t see her alive again. It was a sad feeling, but we could all tell she had given up. She was ready to go, and it was only a matter of time.

So when, after a surprising heart attack, she died three days later, it was only a little bit of a shock. I left for my parents’ house the next morning. On the way, I needed an escape on the flight. I retreated into video games. I retreated into LittleBigPlanet on the PSP. END_OF_DOCUMENT_TOKEN_TO_BE_REPLACED