We interrupt our regularly scheduled post-E3 programming to bring you something… more important? More important-ish, at least. I mean, it’s still just another piece of video game related content on the internet – one of thousands posted today. But it seems more worthwhile than pimping a game which isn’t even releasing for another year. And I like writing things that matter sometimes.

The big story in video games yesterday was the fact that Microsoft reversed its almost-one-week-old Xbox One policy of forcing everyone with one of their new consoles to be connected to the internet at least once every 24 hours (or at least once every hour if you’re playing your game at a friend’s house). Also, they won’t have any region locking on the Xbox One and you’ll actually own the discs you purchase, giving you the right to loan, sell, trade, or eat your game discs as you see fit. Of course, this somehow means that you and up to nine other friends and family members can’t share your digital games in the cloud (a previously mentioned perk of the always-online rule, although their reason for why this isn’t an option for digital copies of games as long as you use their once-a-day internet connection mandate seems to be “because we’re mad at you” – also it was revealed today that this might have been just for trial versions of the full games). And you’ll still have to have that Kinect plugged in 24/7, watching, listening, waiting. The Xbox One only has to be connected to the internet once during the initial setup now, and (hopefully!) this can be done in any country with a broadband connection. It’d suck for the Swedish (Edit: actually Polish, oops!) developers of Xbox One launch title The Witcher 3 if they weren’t even able to play their game when it launched because they live in an unsupported country.

END_OF_DOCUMENT_TOKEN_TO_BE_REPLACED

Tagged as Microsoft, Xbox One 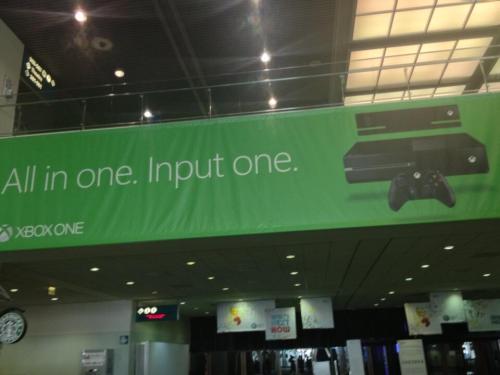 We’ve seen the Microsoft, Sony, and Nintendo pre-E3 press conferences (well, as close as we’ll get from Nintendo…), and they’ve been kind of all over the place. Let’s get some reactions from ME! (That’s why you’re at my blog, right?) END_OF_DOCUMENT_TOKEN_TO_BE_REPLACED