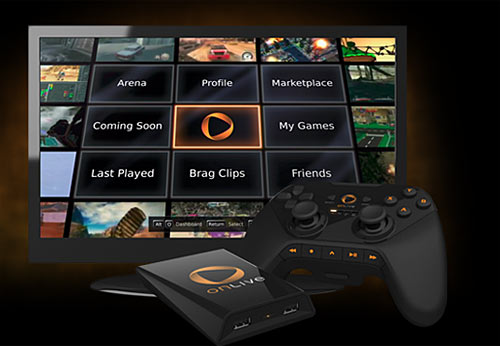 E3 2010. I have a secret backroom meeting with the VP of OnLive, set up for me by a site that currently pretends I’d never worked for them. I’ll admit: I was not really looking forward to it. OnLive had a LOT of negative press at the time, mostly due to the whole button-delay-due-to-lag thing that was probably blown way out of proportion. But whatever.

He showed me OnLive working on an iPad. He showed me their new universal controller. He told me about how they were expanding to the U.K., where pings are around 50 instead of the U.S.’s ~200. He let me play Homefront on a tablet. He gave me a micro console, and an OnLive press pass (which I promptly abused by “purchasing” every game in their library). The best part, to me: there was no lag. Sure, the E3 setting means that there will always be the most pristine network and gameplay environment (don’t want to give press people a bad impression!), but I was impressed. I headed home with high spirits about the platform, ready to tell the world all about how great OnLive actually was.

Sadly, my micro console only came with an HDMI cable, and I was living in the past with a 21″ pre-HD console TV. Sure, I could play my hundred-or-so new games on my computer, but my laptop gets so hot that it burns off my thigh hair, so it’d have to be a pretty amazing game to be worth the pain. Nevertheless, I was able to test out the micro console at a friend’s house… where OnLive performed even better than at my E3 meeting. Then, back to my SD life, I promptly forgot about OnLive. Just like everyone else, it appears.

Two years later, just days before a much-lauded same-day-as-retail launch of Darksiders II, it’s announced that OnLive has laid off most of their staff and has been purchased by Lauder Partners, one of cloud gaming’s original investors from back in the formative days of hardware-less gaming (2009). Everyone (well, the whopping 1,600 of us with OnLive games) fears that the licenses we purchased are now null and void. Luckily, even after the exit of OnLive head honcho and CEO Steve Perlman (he’s being replaced by Lauder Partners head Gary Lauder), the OnLive service will remain uninterrupted, like it has every minute of every hour since it launched. But then again… it took less than a week after Perlman stated he was staying with the company for him to leave for good. Promises really aren’t worth the paper they’re written on.

Meanwhile, I finally got an HDTV. I boot up my micro console for the first time in two years, and… it’s wonderful. Playing Batman: Arkham City for the first time, I only had two minor graphical hiccups. No lag. No discs. No loading. Someone even popped in and watched me play for a while – pretty cool. It helps that I finally have a steady internet connection and a fancy TV, but… man. Cloud gaming, if they can make us feel like we won’t lose every penny we’ve spent on licenses when the platform goes belly up, is the future. It’s just not the present. There’s still too much uncertainty over ownership, over whether your internet will work when you want to play, over whether your connection will drop during a critical mission… and after OnLive filed for a bankruptcy alternative, it’s clear that the platform is on the way out.

The thing is: people thought downloadable games would never be able to match physical products when they were first introduced, either. But now, most PC gaming is digital-only. And a lot of newer games require you to have an internet connection in order to work. Sure, that still causes lots of problems (Ubisoft and Diablo III, I’m looking at you), but it’s getting to be just the way gaming is now. Eventually, the entire wall of my living room filled with old software and the shelves and shelves of old game consoles sitting under my TV will not only be obsolete, but they’ll be a relic of a model of gaming that doesn’t even exist anymore. Someday we’ll receive television transmissions directly into our brains, and games will be played without controllers, systems, or even screens. But change is hard. It’ll be a while.

I’m glad that I still have the chance to live in both worlds now, if just for a little longer. If you have a chance, give one of their games a spin. Most of the games – even AAA titles – have a free demo. The worst that can happen is that you don’t download a game that you’re playing for free. Weird concept, but it really works. Too bad we’re all too scared to give up the way things used to be done.

7 responses to “Rediscovering OnLive… After It’s Already Too Late”