Would You Rather Have a Bad Port, or No Port? Dark Souls Vs. Dawnguard 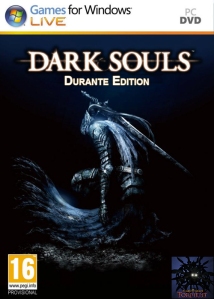 Just this last week, it was announced that the long-awaited PlayStation 3 port of the once-Xbox-360-exclusive DLC Skyrim: Dawnguard might, due to technical issues, not be coming to the PS3 at all. The funniest part of this whole story is that Microsoft paid a boatload of money to ensure that the 360 had the first month of Dawnguard‘s release all to itself, which only served to keep it out of PC gamers’ (and modders’) hands for a few weeks. Bethesda argues that, with extra content as huge as Dawnguard, it’s just… hard to make it work. Never mind the fact that in the past they’ve added PS3 DLC for Oblivion, Fallout 3, and Fallout: New Vegas just fine, and those games are nearly as expansive as Skyrim. It sounds like if it won’t live up to internal expectations, Dawnguard won’t hit the final platform at all.

On the other side of the spectrum, we have Dark Souls: Prepare to Die Edition. The PC port of last year’s PS3/360 masterpiece finally landed on August 24, and it had some issues. A framerate locked at 30 FPS and 1024×720 resolution aren’t technically bad (they’re the same as the console versions, after all), but PC gamers can – and should – expect more. First of all, modern-day PCs are a lot more powerful than 7-year-old home consoles. Second of all, 1024×720 resolution for a PC is laughably bad. Like, worse than feline AIDS. It’s just terrible. So yeah, Blighttown doesn’t lag as badly (playing on PS3, I would have LOVED a solid 30 frames per second), but the game underperforms in so many ways (it also uses the horrid Games for Windows – LIVE architecture) and has been referred to as “one of the worst ports we’ve ever seen.” And these things could have been fixed/improved with a longer development time – the worst part is that From Software skipped that so they could release the game this year, as a gift for the 100,000+ fans that signed the petition to bring Dark Souls to the PC in the first place.

Luckily for From Software, their shoddy port was on PC, which meant that – unlike the console versions – modders could fix the game and make it into the shiny golden artifact it is now. It took NeoGAF modder Durante a whopping 23 minutes to unlock the resolution, and it’s only gotten better. He’s on the 4th iteration of his mod already, and the game should not be missed, even if we are basically condoning a terrible official port by paying for it. While it’s true that From Software has only released two other PC games in their history, there are always workarounds. Outsource the game to a company with more experience on PC, for example. But no. They wanted to do things the hard way.

So this begs the question: would we rather get a terrible port like Dark Souls: Prepare to Die Edition, or not get a port at all, like PS3’s Dawnguard? What if Dark Souls was originally a PC game, and the PlayStation 3 port was the awful version, meaning that modders couldn’t save it? Would people be happy just to have the opportunity to play it, given that they don’t own a 360? Or would gamers rather that From Software/Bethesda had never even bothered and complain that they wasted everyone’s time with an inferior version, especially so long after most gamers had the opportunity to play the original version?

For me, it really comes down to two things: ensuring brand strength, and integrity. If the port will be so bad that it will keep people who try it from ever playing one of your games again, then you should NOT release that game. We’re giving you our hard-earned money, and we deserve your best work. You might call me an entitled gamer, but what developers need to understand is that there are a lot of other games we could spend our money on, and a lot of other things that we could spend our precious time on. If I feel your game disrespects me or my time, I will not play or purchase your game. That’s that.

Also, though, it comes down to integrity. I understand that games and projects get cancelled all the time for all sorts of reasons, but come on, Bethesda – you’re one of the biggest game companies in the world. When you say you’re going to do something like bring Skyrim DLC to PS3, something that you’ve proven your ability to do more than a handful of times before with Oblivion and the Fallouts, I expect you to do it. The timeframe doesn’t matter to me – you never promised a release date. But if it requires you to re-code the entirety of Skyrim with Dawnguard integrated, making the DLC a 30 GB download that won’t even release until next year, so be it. I refuse to believe that a game you developed with the intent to expand via DLC is giving you insurmountable problems when you try to expand it with DLC. Make it happen, or don’t tell us it will in the first place.

I guess what I’m saying is that I’d rather have a buggy port that won’t damage how people view your franchise too badly. Sure, I’d love it to be flawless… but if it’s bugs or nothing, I’ll take bugs. I just wanna play games, man.

2 responses to “Would You Rather Have a Bad Port, or No Port? Dark Souls Vs. Dawnguard”