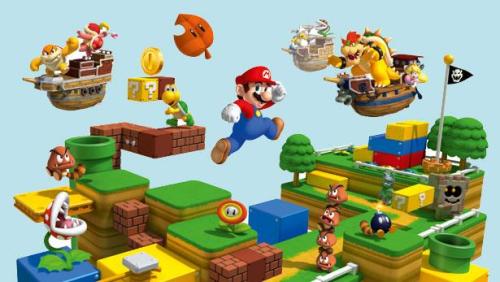 I’ve never had a gaming experience like Super Mario 3D Land before. I’ve never before been so disappointed in a game, for hours upon hours, only to then have it perform a complete 180, destroy every negative feeling I was having before, and deliver a second act so wildly superior, so vastly, incredibly better in every conceivable way, that it was like it was made by a completely different studio. That’s Super Mario 3D Land in a nutshell: a first half of just complete, utter dredge, and a second half that reminds us all why Mario is the single most recognizable character in the world.

Super Mario 3D Land, is, at its core, a barebones 3D update of Super Mario Bros. 3, a game released in the U.S. in 1990. The power-ups are basic, uninspired, and overplayed – there is nothing you haven’t seen before. Worse, the levels in 3D Land, unlike every other Mario game in recent and distant memory, have very little in the way of secret areas, removing virtually all replayability once you find the three coins spattered around each level (a very easy task). Even the world map eschews Mario 3‘s branching  paths overworld map in favor of the straightforward, one-after-another level layout of New Super Mario Bros. Haven’t we progressed past this style of game?

You know the story of Mario. King Bowser captures your princess, and you have to save her. You jump through eight worlds of secretless, unsurprising levels, defeating Bowser at the end of some of them, or merely mounting a flagpole on an airship at the end of others. There are no Koopa kids, but you will fight Boom Boom and Pom Pom a few times. You’ll use the raccoon suit most (Fire Flowers are for weirdos), and you’ll leave the 3DS’s 3D slider turned all the way up so you don’t miss some weird jumps. But, in general, it’s just another three-dimensional Mario game, but without the feeling of newness or large levels of Mario 64, and without a unique gimmick like F.L.U.D.D. from Super Mario Sunshine. By about… World 6, you’ll be done with Super Mario 3D Land. You’ll rush through the last few stages just to get it over with, feeling the whole time like you should have spent your $40 on Cave Story 3D or Kingdom Hearts.

But then you beat it. And then you unlock the Special stages, which are basically the first eight world’s levels heavily remixed and improved with harder enemies and more rewarding platforming.

BAM! Tanooki suit. BAM! Luigi. BAM! Challenging levels with interesting design. BAM! Dark Mario chasing you, pushing you through the stages with a frenetic force unseen in any level prior. BAM! 30 second timer on many levels, able to be added to only by killing enemies or grabbing floating clocks in out-of-the-way areas. Within ten seconds in the special world, your entire negative perception of this game dissipates in a cloud of smoke, and really all it took was a little bit of challenge and some platforms that disappear from under your feet. I no longer felt like I was a lost child being dragged across the street by an uncaring guardian too involved in their own thoughts to pay me any mind – I was leaping that entire street with spring shoes before taking a jetpack to France of my own volition, where I proceed to date supermodels and buy a yacht with the money I made from online poker.

If the first eight worlds are Baby Mario, the second eight worlds comprise the Mario game for you and me, the people who grew up with Mario, who know his tricks, and his little secrets. World S1-1 is where the real game starts. You will be challenged. You will feel inspired again. You will, if you’re anything like me, experience a wave of appreciative nostalgia that the first half of the game tried to force onto you unsuccessfully. The second half just… works. It’s what Mario in 3D could always – and should always – have been.

So I’m left to wonder: if Nintendo had left out the first eight worlds completely, and only given us the special stages as the final version of Super Mario 3D Land, effectively cutting the overall content of the game in half, would I be as appreciative with what they’ve done with the place? There is only one answer to that question: H-E-double-hockey-sticks YES I would have. I’m 25. I have long moved past the age where I can let games waste my time. Well, if we’re being honest, any video game playing – in the sense that you’re not improving the world or oneself while playing it – is technically a waste of time. But the best ones hide that fact, and they let you live in the moment in this wonderful little world they’ve created just for you, away from all the poverty and war and famine and political strife of our everyday true life reality. The first eight worlds of Super Mario 3D Land pushed me out. The second eight worlds forced me to remember that Mario games sell millions of copies for a reason – they are some of the most finely crafted pieces of entertainment in the world, and, even when we know pretty much what to expect, it can still lift the wool off our eyes and surprise us sometimes.

I’d give the first half of Super Mario 3D Land two gumballs, and the second half five, so we’ll have to settle on a middle ground for the final score: 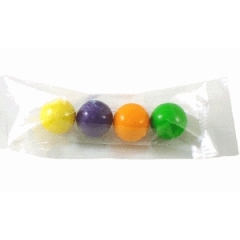