What Makes Us Stop Playing a Game? 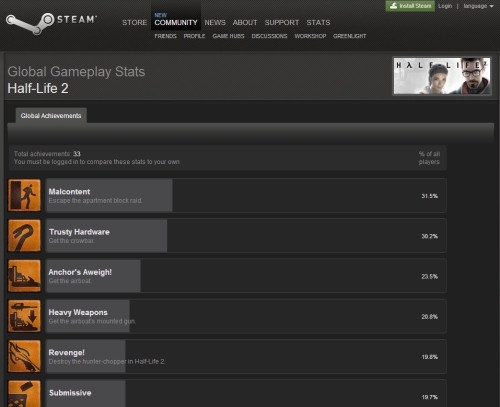 My favorite thing anyone ever said about Minecraft wasn’t from Notch. It wasn’t from some AAA developer or a big-time game journo. It was some random dude on the internet, who complained, “Minecraft isn’t even that immersive or lasting – I got bored after just two months!” My question to him: how long do you expect to play a game?! You can’t play the same one forever. That’s why they keep making more.

Another Everlasting Gobstopper was Skyrim. Despite November 2011 being one of the best months of new releases ever, Twitter was all atwitter with talk of Skyrim until the new year. “Did you do the drunk quest yet?” “I found a talking dog!” “Who’d you marry? … of course you did – she’s super easy.”

Eventually, we all saw the little tricks Bethesda used to keep us playing. The infinite procedural quest generation. The same-y combat. The sense that you weren’t actually playing your own role in this huge, immersive, dead world. But it wasn’t until we’d sunk 50, 100, in some cases 300 hours into this imaginary world that we were done with it. In general, it seemed like we were all enjoying our time with the game. But when it was over, it felt hollow… like we’d somehow been secretly robbed of our last two months of gaming time by sneaky, underhanded developer tricks that just made us want to keep playing the same game. Scandalous, I know! Yet when we only get five hours out of Asura’s Wrath – which also launched at $60 – we somehow feel incredibly cheated, despite the fact that it’s one of the most intense experiences of the current console generation.

It got me thinking, though: what makes us stop playing a particular game and put it on the shelf to collect dust forever?

It turns out that, like many ideas that seem good to write about at the time, other more highly paid people have already tackled this subject before me. CNN blames the declining number of game-finishers on the ever-increasing age of the typical gamer. A 37-year-old father of two has a lot less time and energy to devote to games than the typical teenager on summer vacation. The author also points out the time-sucking allure of social media and the sheer number of hot new releases as two big factors limiting our dedicated gaming time. Plus, a lot of games are just… really long. And there’s always a new one calling to you from that shelf next to your TV.

Oh, and multiplayer. Few solo campaigns feature the drawing power that “playing with your friends across the world” has. I’ve known people that bought and played games they didn’t even like (I’m looking at you, Black Ops) just because all their friends had it, and it was the only way to stay connected with them and be part of their lives. When the friends get a new game, you have to, too. Else you’ll be left behind in the digital dust.

Bruce Phillips, a Microsoft Game Studios user research expert, offered a different perspective on the game-quit-itis sweeping the nation. It’s not us gamers who are to blame, he argues, but the game developers themselves for not properly motivating us to complete their creations. And then there’s the nigh-impossible problem of balancing the game’s difficulty between “too easy” and “too hard.” You need to feel challenged without being frustrated, empowered without feeling overpowered.

Some of the graphs in Bruce’s piece paint a not-100%-accurate picture of the gaming landscape, in no small part due to the fact that people who use services like Raptr are definitely more into gaming and completion statistics than the typical person. Nearly 30% of players beat GTA IV? More than 70% beat Halo 3‘s campaign? First of all: no way. Second of all: no way. The CNN story puts completion stats at closer to 10%, and that’s probably much closer to the actual number. Don’t believe me? Open up Steam and look at how many people have the achievement for beating the tutorial – just the tutorial – of any given game. If that number is over 70% percent, you’re doing pretty well. And that’s just the first level.

My take: just being a person in the world today keeps us from completing 90% of the games we play. Whenever a new game releases, it is marketed at us in a way that tells us we need to drop whatever we’re doing and go buy this now. The game industry is a business, and that business needs a constant cash infusion to stay alive. That’s why DLC was invented – the most money for the least effort.

Developers don’t actually receive any benefits from making a beatable game. Maybe if you beat the first game in a series, you’ll be more likely to play the second…? I’m not so sure though. Today, it seems like more and more new IPs are created with the sole intention of later producing a better-selling sequel. There aren’t a lot of first entries in a franchise that sold better than the eventual second, and “beatability of the first game in a series” never seems to factor in as a selling point for game number two. It’s more like… a really early hype machine.

Look at Borderlands 2. For one reason or another, I don’t personally have any interest in playing it right now. But it sold about as well in its first month as the first game sold in its entire lifecycle (I’m not linking to VGChartz to support this claim). The problem is that I’m not playing it now, and Dishonored is right around the corner. And Halo 4. And Black Ops 2. And the Wii U. Borderlands 2 will be forgotten by the end of the year, and no one will be talking about it anymore. Most people will have moved on to something newer and, presumably, better, because they want to talk about it with their friends, and they have to stay hip to the latest and greatest stuff on the market right now. I have a backlog hundreds of games deep because I’ve bought into the hype so many times before. And then I didn’t even get a chance to play many of these games, and I missed the hype train anyway.

So what would be the point of starting a game that’s already been forgotten? A game that, while many agree is “good,” doesn’t seem to do anything in particular to advance the genre or the industry? Why would I drop what I’m doing and forgot the games I’m immersed in right now just to jump on the newest fadwagon? Unlike movies or books, many games don’t have a definite endpoint (especially with the replayability of multiplayer and  the prevalence of multiple paths/choices/endings), and we have to quit once when we’ve gleaned all the enjoyment we can out of them. This is incredibly personal and objective. There are forces pulling at us from every side to drop the old and buy the new, but we miss so much of the depth and meaning that a lot of games offer because we just skip along the surface of the water, never sinking our toes in too deep before moving to the next pond.

Find a game you love. Wring it dry. Have that experience forever. You don’t need every new game that releases. Like many modern marriages, we give up on things too fast. Don’t. You may be glad you stuck with it.

7 responses to “What Makes Us Stop Playing a Game?”