Review: Indie Game: The Movie: A Blog Post Title With Too Many Colons 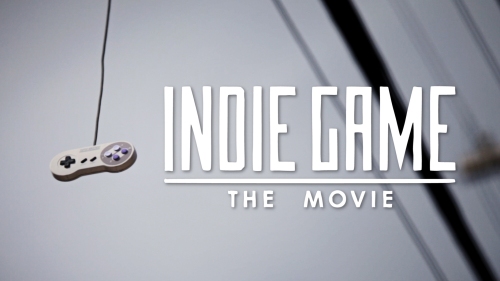 Now that Indie Game: The Movie has made it to Netflix Instant Streaming, I finally had the chance to see it. And the bottom line is that if you are interested in seeing the men behind the curtain of your favorite games, or you have even a passing interest in everything else that goes into bringing a game to market besides just the coding, or – you know what – if you’re reading this, you are the demographic for this movie. But let’s talk about it.

Indie Game: The Movie was created because 297 people on Kickstarter believed in it enough to back it financially. Before Ouya proved that you could make millions of dollars without even having a working prototype, the folks at BlinkWorks did everything they could to raise $23,341 – a full $8,341 more than they were asking for (and over $500,000 less than Penny Arcade raised just to remove one banner ad from their homepage). IGTM eventually came to film festivals and theaters in very limited release, usually as part of a two-week special engagement as the creators traveled around the country. And then it landed on Steam for $9.99. And now you can stream it on Netflix. Funny how that works.

The film follows three indie game creators and their games at various stages of their lives (the games, not the creators):

You’ll discover (if you didn’t realize this already) that making games sucks. You sink hours upon hours into this thing that you love, for days upon weeks upon months upon years, while people complain that it’s not out yet, that it’s going to be awful anyway, and that you are a terrible person and should die. You learn about how game designers are people often filled with an infinite sadness, people that want nothing more than to connect with their players somehow, to make them see and feel even a small percentage of what they as designers put into it.

You will understand Jonathan Blow’s disappointment with the always-superficial games media. Phil Fish, the young upstart, unravels on camera as roadblock after roadblock is tossed into his path. And Team Meat… sure, we know now how much of a huge success they’ve become, but back when this film was shot, even their incredible reviews and launch day success seemed to give them more relief that it was over than be any actual cause for celebration. After putting so much of yourself into this thing that you love… what’s next?

I teared up a few times over the course of the movie. It definitely hit the right emotional notes, letting you see the struggles of these people that just want to create – to tell a story and make us feel… something. Anything. Everyone in this movie was very human, and it didn’t appear to be fictionalized at all. From Jon Blow’s idealism to Phil Fish’s frustrations with contracts, crumbling relationships (both business and personal), and obvious youngness and naivete, you really get to feel how these people live, who they are, and what drives them to succeed in the face of all the hurdles.

In the end, though, more than anything, Indie Game: The Movie just made me want to create. To make something that will last, to invent something that will still be relevant and matter in five years’ time. Ten years. Thirty. Fifty. Two hundred. But what? I’m a writer; I suppose I could write a book. But the best selling books of today are populist trash, and the best books being written today, nobody reads. There will never be another Shakespeare, a writer appreciated and remembered for centuries for writing about universal and timeless truths, feelings, and human emotion. I could make a game myself, but the actual creative process looks so unfulfilling up to – and in many cases including – the final product. Or if I made a movie, what would I have to say? Do I even have anything to say?

So I watch this inspirational documentary about a handful of game designers that have done quite well for themselves despite everything, and I give this thing that many obviously talented people worked on for weeks and months a thumbs-up or a thumbs-down. Like my validation and love for this thing that they’ve made will make them try harder, or do things differently next time, or – on the opposite side of the spectrum – make them give up on ever making another film if I didn’t enjoy this one. Who am I to praise or tear down this product made to entertain, to educate, to make a little money? I guess the simple answer is this: I am a consumer, and a critic, and an artist in my own chosen medium. Without discussion and reflection, art is released into a vacuum, consumed, than forgotten. We write to give people pause, to make them think a little harder, and – when the occasion calls for it – we build things up or tear them down. Movies, people, entire civilizations. We all create. We all destroy. We all are human.

Me? If the internet disappeared one day, my words would go away right with it. I criticize and analyze games and happenings in the industry without creating something better of my own (unless this counts?). For now, I have this blog. Hopefully it speaks to you, makes you think about things in a different or more thoughtful way. Maybe I’ve changed your life a little bit, even if just a few minutes at a time, a couple times a week.

Or maybe I’m just a critic, tearing down the bad and raising the good on a pedestal, hoping that someone pays attention and we get a little less of the bad, and a little more of the good. That’s my contribution. That’s what I have created.

Go watch Indie Game: The Movie, and think about what you could create to bring inspiration and joy to the world. 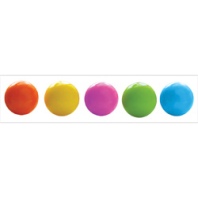 3 responses to “Review: Indie Game: The Movie: A Blog Post Title With Too Many Colons”