How to Keep From Becoming an Accidental Video Game Pirate 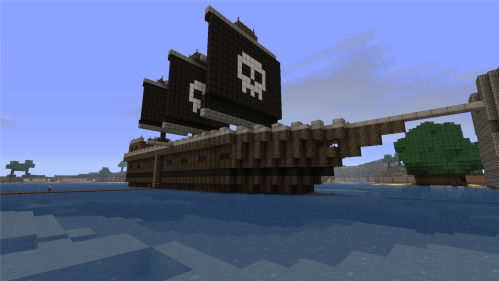 It’s time we all learn about the illegal stuff we do! This’ll be more fun than the time that 12-year-old girl got fined a bunch of money by the RIAA for using Kazaa… even though her mom paid for the program.

First, some background on the story blowing up my little corner of the internet today. Forbes contributor Erik Kain wrote about a “new” Super Nintendo game (since edited) set to be released by the end of the year, including a box, manual, cartridge, the works. I put “new” in quotation marks because, while Nightmare Busters has never been released in cartridge form before, lots of people have been playing an emulated underground version of it for years. This physical version is brought to you by the original copyright holders, however!

In an attempt to be helpful, Mr. Kain linked to a site where you could emulate the game, seeing as how it had never been released and readers might want to check it out. Ben Kuchera of the Penny Arcade Report didn’t approve of Kain’s piece, saying it “advocated stealing games,” and that Kain, in essence, was keeping people from buying the 600 limited edition physical copies of the $60 game by telling people where they could get it for free. Seems legit. Why would anyone pay real money for something that is destined to be a collector’s item if you can experience it with one click?

Kain apologized, updated his story with a bit about how he didn’t know linking to an emulator could be considered piracy, asked his readers to explain how copyright law works (amateur), and ignited a Twitter war among many of the upper crust of games journalism, including many Editors-in-Chief, popular pundits, and random jerks like me who would rather write a researched blog post instead of being angry in 140 characters or less.

I thought to myself, “Wait, linking to an emulator is piracy? But don’t other sites do that all the time? Didn’t TechCrunch link to an in-browser Game Boy Color emulator a few months back? Didn’t Gizmodo tell us how to get MAME on Chrome after expressing grief that the iOS version was removed for violating terms of service? And after a three-second search on Ars Technica – even after narrowing it down to only the period where Kuchera was their brilliant leader – wouldn’t it be really easy to find a post or two leading us to an emulator which, the author readily admits, will most likely be used for illegal gaming?”

It’s a harsh world we live in, where we can’t even play games we want to play for free while giving nothing back to the creators. I’d link to NESCafe Play right here, but that is something called “contributory infringement” and can get me in trouble if Nintendo or the ESA feel like saying anything about it.

See, ROMs and “backup copies” of games are legal in only one specific instance: you, the owner of the physical copy, must make your own backup copy, only to be used if the original is somehow broken or rendered unusable.

Every. Single. Emulated. Game. You. Download. Or. Play. Is. Illegal.

Even if you own an original hard copy. The game you downloaded wasn’t a copy of your copy. Whoa.

The idea behind this is that if you get to play even an old game for free, say, in your browser, then it devalues the worth of the game if the original copyright holder ever decides to re-release it at a later time (see: Nintendo’s Virtual Console).

And! Copyrights aren’t like trademarks; they don’t expire for a long, long time. While trademarks may be “abandoned” after a set period of disuse, copyrights on “works made for hire since 1978” (basically every video game ever created) last for 95 years according to copyright law 17 USC § 302. Yep, even on abandonware such as Nightmare Busters.

Did Erik Kain do anything illegal by posting a link to an emulator? …kinda? The closest law he got to breaking is called “contributory infringement,” a form of “indirect infringement,” which itself is a less serious version of overall “copyright infringement.” (Neat side note: “piracy” is just slang for copyright infringement, “usually used to describe the unlawful copying of software, video games, movies or MP3s,” but if someone calls you a pirate, they may mean any number of things in their own mind’s connotation of the word.)

I’m no lawyer, but Mr. Kain obviously had no idea he was infringing, and, once it was pointed out, he immediately took down the link. Maybe this law could be interpreted to mean that he was aware that the link would allow you to play the game for free, in which case, yes, he has knowledge of it. I don’t know how fancy corporate lawyers would interpret it, I’m just some guy on the internet. But unless Nightmare Busters doesn’t sell all 600 copies specifically because of Kain’s story, I don’t see how they could prove that he materially damaged their sales or even had malicious intent.

Personally, I don’t think the blame even lies with Erik. He writes about games on the internet like many others, and he has emulated the posting habits of many others, both good and bad. When the biggest game sites in the world post links to emulators and tell you how to hack your Wii so you can play imports, how was he supposed to know it was a bad thing to do? The successful writers do it, and look at all the money and fame they have.

I know many people get paid by the word, or by the post, or by the view, and research as in-depth as even this simple 1,000-word article takes hours with – often – no tangible return on your time investment. In this case, Erik Kain is just the one guy on the freeway that got pulled over for going 71 in a 65 zone. We all try to do the best we can, but no one is infallible. One thing’s for sure, though: after reading this, you really don’t have an excuse to make this mistake ever again, do you? One lesson at a time.