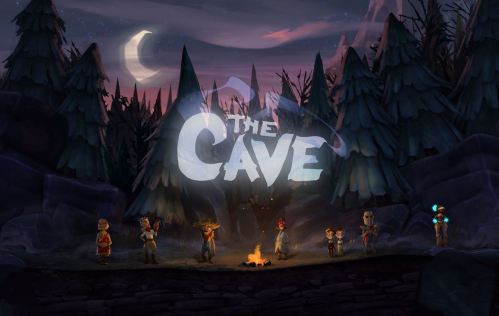 You are NOT as funny as you think you are, with your little quips, your little references to old LucasArts games, and your fedora-adjusting attitude toward an entire world that you think you’re just plain better than. You are that guy working part-time at the comic book store, getting overly defensive when I joke about the large number of Archie digests lining your impulse buy section right next to the check-out counter. “Actually,” you begin, “there’s an entire issue about the relevance of gender roles and issues in today’s society. It’s very timely.”

Shut your face, comic nerd. I was just making small talk. You think it’s your personal mission from God to prove just how much cooler you are, like championing something not drawn by Rob Liefeld will make us believe that you’re this deep, sensitive Nice Guy of OKCupid®.

At first, you give me hope. You set out to teach your characters a lesson – to teach us a lesson – about… loss? life? morality? But at the end you leave us with what? The lesson that re-living a part of your life where you killed a guy for your own personal gain is fun and teaches our characters nothing they don’t already know? The lesson that, in order to get what we want, all we have to do is backtrack a lot and make a lot of just-barely-too-far jumps that require that awkward “scramble up over the edge” animations because either your jump designer or your level designer just didn’t care about making the action flow more smoothly?

But that’s not the only place where you seem to ignore the basic tenets of good, solid game design. You give us three characters at a time, and each character has a specific level where they can use their particular special ability. Presumably, you want us to play through the game with each character once (well, twice, but I’ll get to why I won’t do that in a second). But there’s seven characters. That’s two full playthroughs, plus one final run where I’d have to take the last character as well as two characters whose levels I’ve already seen, with endings I’ve already seen.

That, to use an antiquated term, is retarded. Not in the mentally disabled way, of course (does anyone even use it that way anymore?), but even people lacking basic cognitive capabilities could tell that three doesn’t go into seven in any way that would make me want to play through your game a third (but only technically) time.

As for the endings, The Cave is up for interpretation. I like to imagine that, in the afterlife, these seven psychopaths are forced to relive their most terrible moments in their lives, moments that nevertheless led to them achieving their greatest successes. You can’t make an omelette without murdering a few parents, know what I mean? But there’s no paradigm-shattering moment of self-realization. There’s no growth. There’s no learning from their mistakes to live better lives in the future.

Remember A Christmas Carol? Or, if you don’t know how to read, remember Scrooged or The Muppet Christmas Carol? Ebenezer Scrooge/Bill Murray got to look back at his poorly lived life. He made a lot of people miserable. His childhood sucked. But then he saw how people talked about him when he wasn’t there. And then he saw how nobody would care about him after he was gone. He saw how his mistakes affected others, and he had conflict, and he had personal growth. The Cave has none of this conflict. It’s just the “Christmas past” part, except at the end, life is awesome.

I guess the moral of The Cave is this: if you have an opponent, kill them and you will be rewarded with no consequences whatsoever.

The moral in real life, however, is that The Cave, with its multiple characters all trying to work on the same puzzle at the same time, would have been a perfect two screens/one per person game to show off the Wii U’s unique abilities. Instead, it plays identically to the PS3 and 360 versions, with both co-op players sharing the big screen, making it a very “my turn, then your turn” type of local multiplayer experience. The only difference on the Wii U: no trophies or achievements. The GamePad screen is merely used to switch between characters, an action just as well served by the D-pad. Why-oh-why do you have this terrific hardware and squander every interesting opportunity you have with it? I played it on 360. For the achievements.

Did The Cave have some interesting puzzles and skip all the too-arbitrary solutions that plague a lot of classic-style adventure games? Yes, it did. At one point, I had three characters in the same physical space but at three different points in time. That’s cool. But between the weird jumps, the downer endings, and the lackluster storytelling prowess of a game that desperately wanted to tell me a story… there are a lot of missed opportunities. It’s good for an evening with your beautiful lady friend, if only for the verbal trashing of it afterwards, but little more.

P.S. Grim Fandango was twice the cave you’ll ever be. Don’t call me. 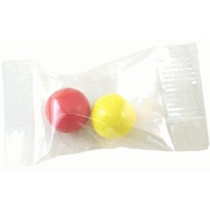 5 responses to “Review: The Cave”