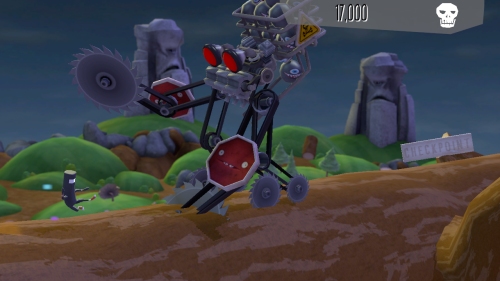 Bit.Trip Presents… Runner2: Future Legend of Rhythm Alien is waaaaayyyy too long of a name. Adding to that is the fact that it’s both “Runner2” (no space) and “Runner 2” (with a space) even on the official website, and, well… good luck finding it on the PSN Store.

HOWEVER. None of that matters in the end. The game is incredible, and addictive, and the perfect mix of challenging and frustrating. It’s worth every penny of the $15 asking price, even if it does have a few flaws that don’t become apparent until after you’ve sunk a dozen hours into it over the course of two hopelessly fun and sleepless nights.

Runner2 is an auto-runner game in the style of Canabalt, Temple Run, Jetpack Joyride, Punch Quest, and all those other simple, addictive smartphone games where you don’t actually have to hold any buttons to run forward through the obstacles. It has the feeling of an old NES game, where weird stuff just happens in ways that are so removed from our reality so as to be believable in their own, separate universe. Oh, the mountain is wearing a monocle? There’s a disco bandit with a hamburger for a head? Sure, why not. (Side note: why DIDN’T the NES have any games like these? Gaijin Games should Kickstart a Nintendo cartridge with all their retro levels, or even a whole new game. I’d back it.)

It ascribes to the Super Meat Boy method of gameplay, where the levels are deceptively simple but require a precision honed by hours of repetition to master. It’s kind of like the first time you played Guitar Hero. That controller was super weird, but eventually the movements become second nature, and your fingers seemed to jump around by a reflex sent from your spinal column, never actually reaching your conscious thinking brain at all.

Actually, the more I played Runner2, the more it felt like a Super Meat Boy spin-off than a Bit.Trip Runner sequel. But it wasn’t just the “feel,” either – there are retro levels where you only get three lives (just like SMB) that you unlock by finding secrets in the main stages (just like SMB) which are selected from a flat world map (just like SMB). Meat Boy is even in the opening cinematic, so it can’t be just coincidence. However, Super Meat Boy was one of my all-time favorite games, and this patched into the exact same part of my brain that got me hooked on SMB for weeks. Runner2 is shorter, however, and with three different difficulty levels ranging from too-easy to nearly impossible, nearly everyone should be able to beat it with a little perseverance.

Oh. Yes. The difficulty levels. This here is my biggest problem, not only with this game, but with any game that has ever done this before (I’m looking at YOU, Guitar Hero III). To get all the achievements and in-game Rewards (which in turn unlock achievements), you have to get a “Perfect+” on every level, on every difficulty. Say you beat the whole thing on “Just Right” or “Rather Hard” difficulty. You’d assume that means you’d be able to beat it on Easy mode, too, right? Too bad. You have to play through the whole thing again on Easy, collecting every bit of gold, then nail a perfect shot on a timing-based mini-game at the end of each and every level (it’s a cannon that shoots you into a bullseye, and it never changes). Miss a piece of gold or the bullseye and you get to do the whole level again. There’s 100 of them. It takes away the challenge and wastes my time with tedium. Not going to get all these achievements, no sir.

I realized, after many levels and many hours, that Runner2 is not even a platformer. It’s not a rhythm game either, because your actions don’t seem to meaningfully sync up with the music like the first game (in the first Runner, you could use the musical beats to tell you when to jump/slide/kick… not so in #2, although dodging obstacles still nets you some fun beeps and boops in time with the music). The best analogy I can come up with is Bop-It!: The Video Game. If you’re approaching a high robot, SLIDE! A low robot, JUMP! A projectile, BLOCK! The variety of actions Commander Video has in this one gives you a lot more stuff to commit to muscle memory, but it all boils down to: “Kick it! Slide it! Jump it! Slide-jump it! Hold up on the D-pad!”

It’s all reactions, but by putting these seemingly pointless actions in a platformer instead of just having a disembodied voice yell commands at you, and by giving it an end goal and a charming art style (and some GREAT music that would be so much better if it had more than one song per world… and only stuck to the up-tempo breakbeat stuff that really gets your blood flowing), you have something to aim for, and something to conquer.

And man. It’s compelling. Not compelling enough to beat three separate times (I am NOT going to play 100 levels on Easy), but definitely one of the brightest points on the 360/PS3/Wii U in a long time. It’s worth every penny of the $15. If you were a Super Meat Boy fan, or even a fan of the first Runner, this game should be right up your alley. If not, well… this game won’t make you hate yourself like those others did. That’s something, right? 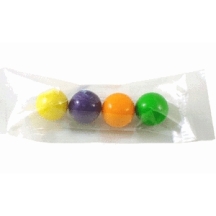